Francois has joined us for the last of our ten-week Apprentice Field guide courses for 2020! He is from the nearby town of Port Elizabeth, here in the Eastern Cape. Halfway through their course already, and week five was filled with much excitement and some guest visitors who shared their expertise in their fields of fish and botany with the students. Read on for a wonderful account of week five from Francois!

The week started off much like what an average morning would, with my usual routine. Class that day was an arthropods lecture which was going well until it started to rain. The rain, although much needed, threw a snag on our next daily activity of walking on Ulovane and finding all sorts of arthropods. Instead, we went on with lectures of fish as the rain continued and had no sign of stopping! 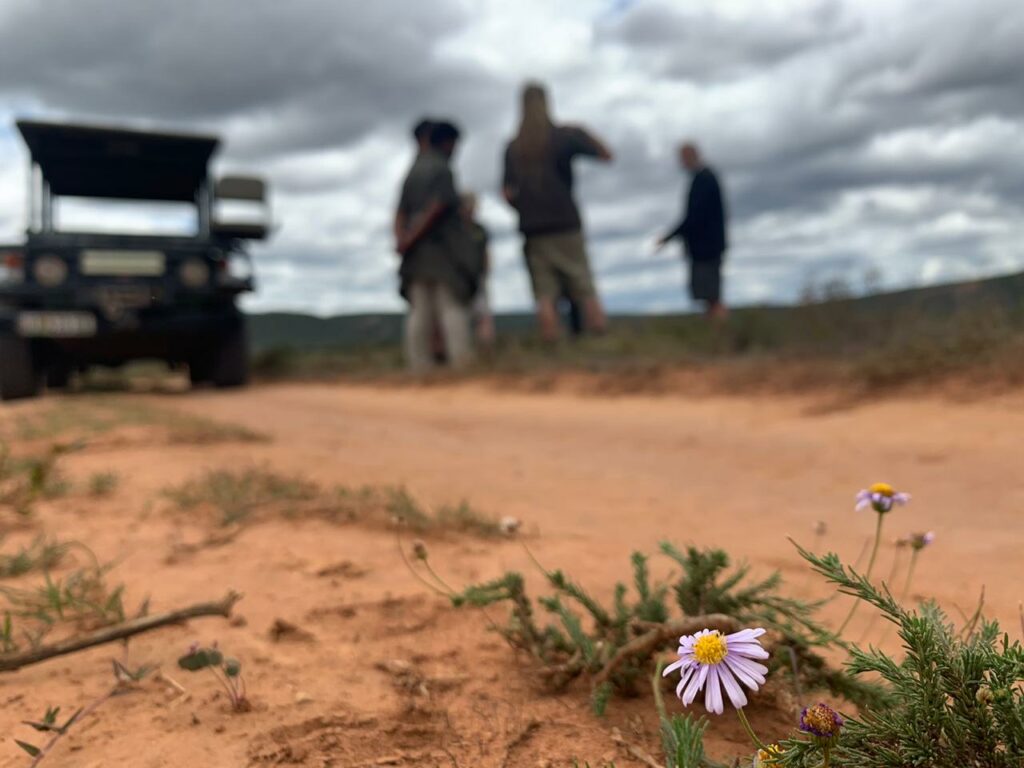 That night chicken burgers were on the menu and I was looking forward to it until I realised that the spicy peri-peri sauce was already finished and that there were only mildly spicy sauces available, it was still a delicious dinner though!

On Tuesday Maddie and Kyla arrived, two new students to our group from the Online and Onsite course. They seemed a bit nervous at first but quickly started knowing their way around as they were introduced to the way of life around the camp. Their first experience with us was a night drive we had later that day. The drive was set out with the objective of finding amphibians, other than that it was to enjoy the nightlife of the reserve, but as luck would have it the elusive buffalo appeared! Previously, we had whole days dedicated to searching for the buffalo with no luck, but it seems that the only way to find the buffalo is to not want to find them… The rest of the night drive went well hearing a lot more than we were seeing and the most active creatures we found were Spring hares and Jackals. 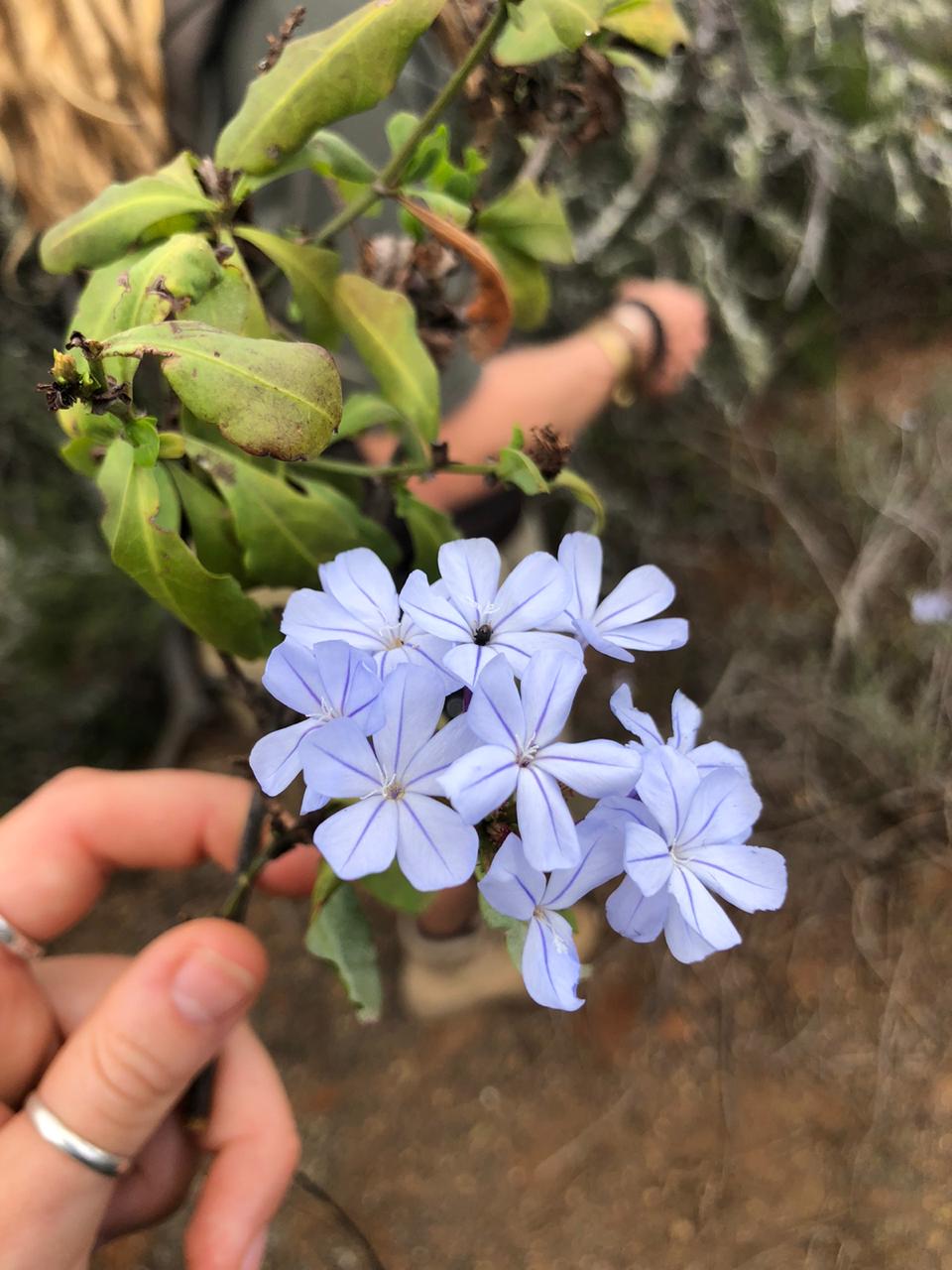 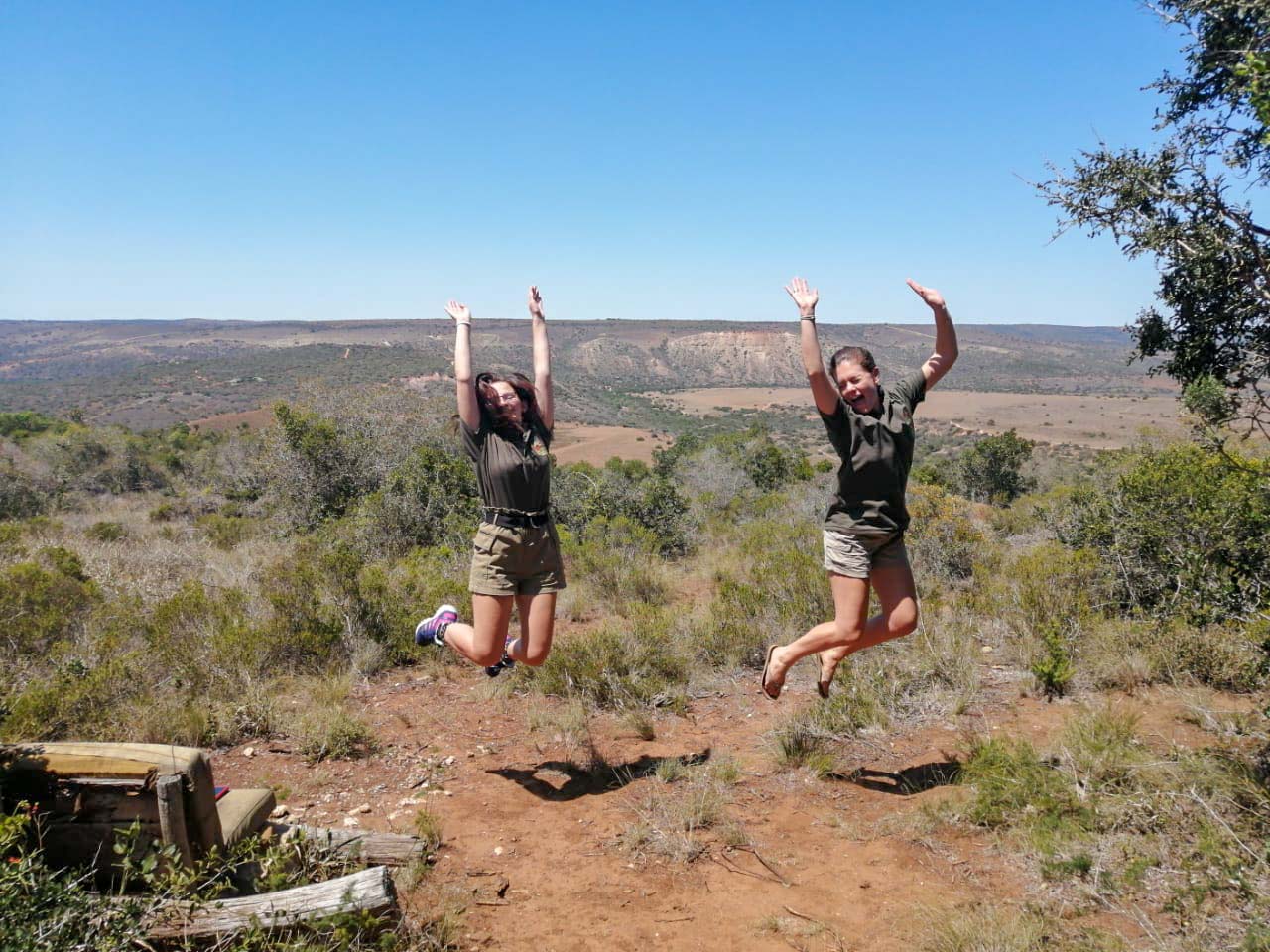 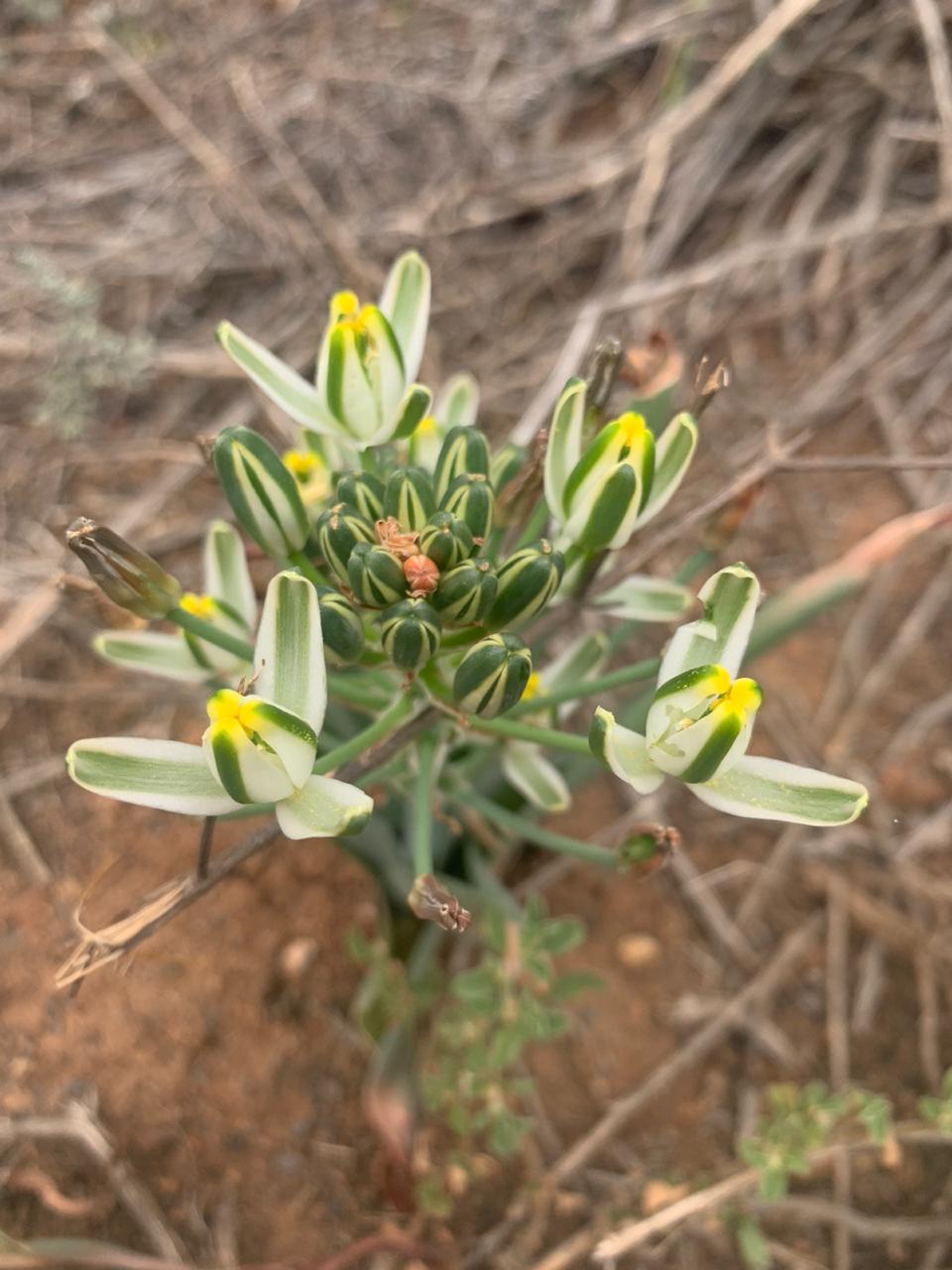 Mid-week we had a treat and had Tony Dolt from the herbarium of Albany museum visit us here and take us on a drive on the reserve sharing his botany knowledge with us. The informational wealth the man provided was extraordinary; we learned so much in one day. We also discovered that one of our resident students had more knowledge about plants than we thought! The day went well with our instructor roaming freely around the veld taking pictures of plants, for a change he did not have to teach or lead us anywhere and even looked more excited than us! 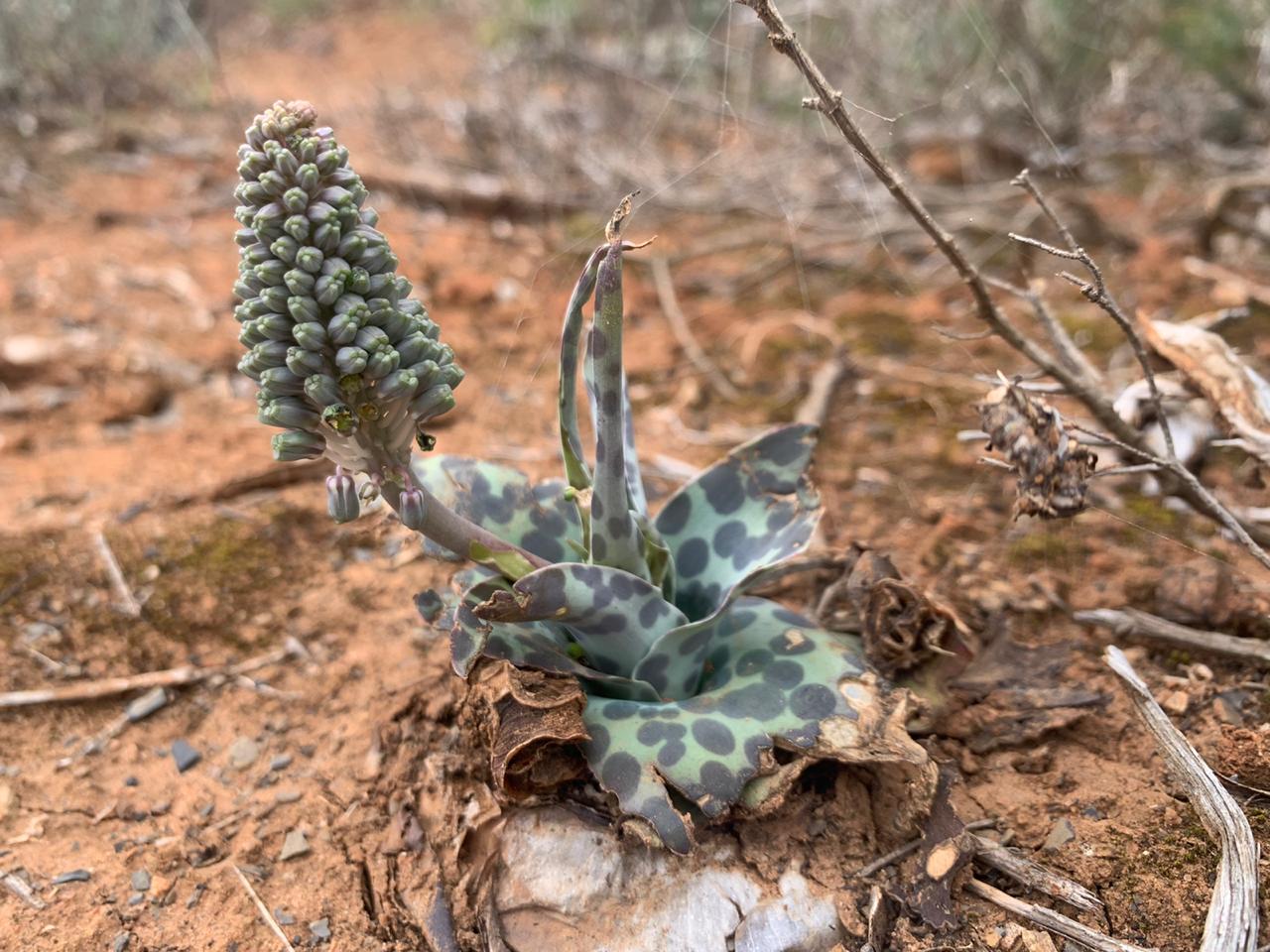 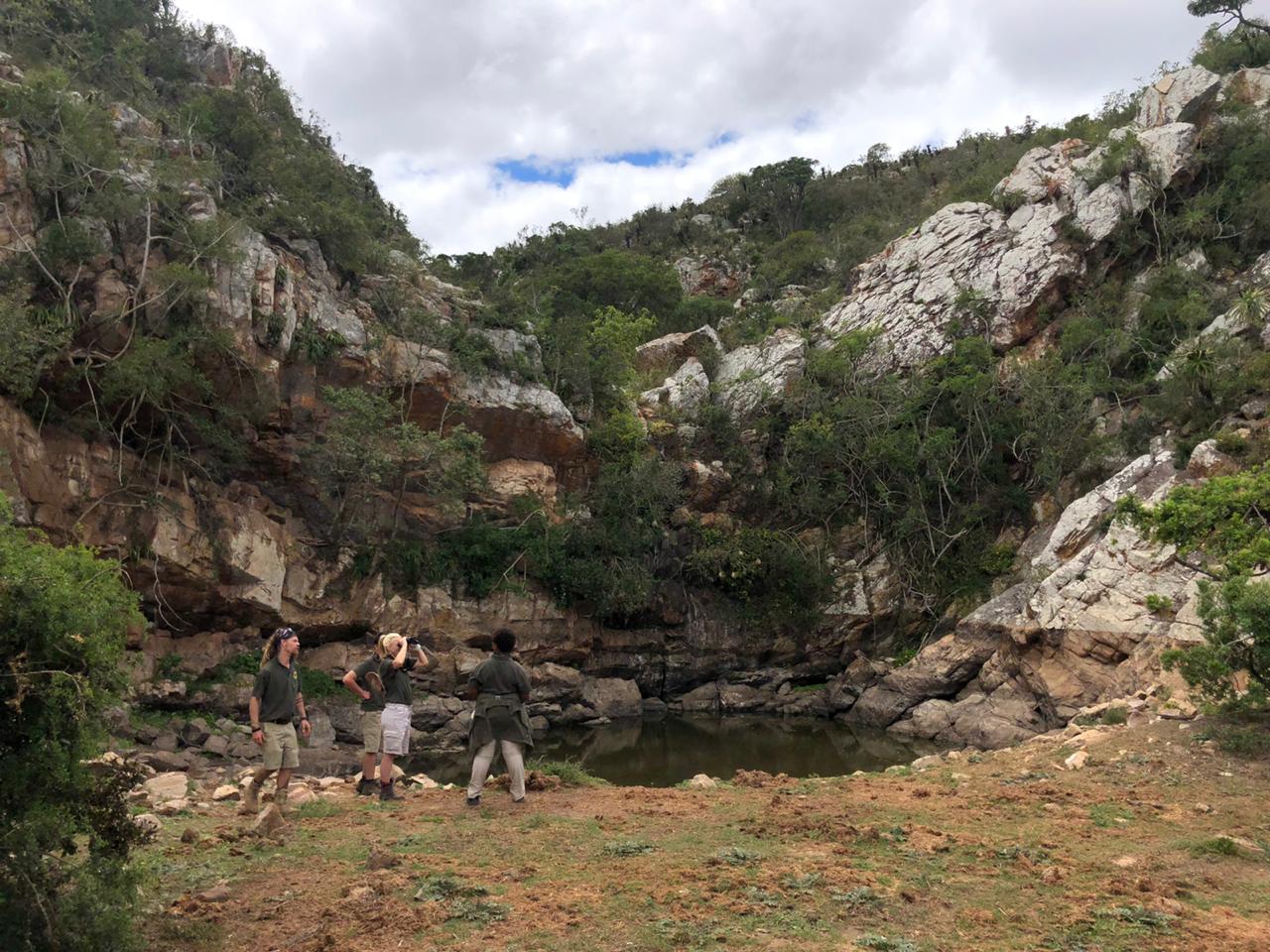 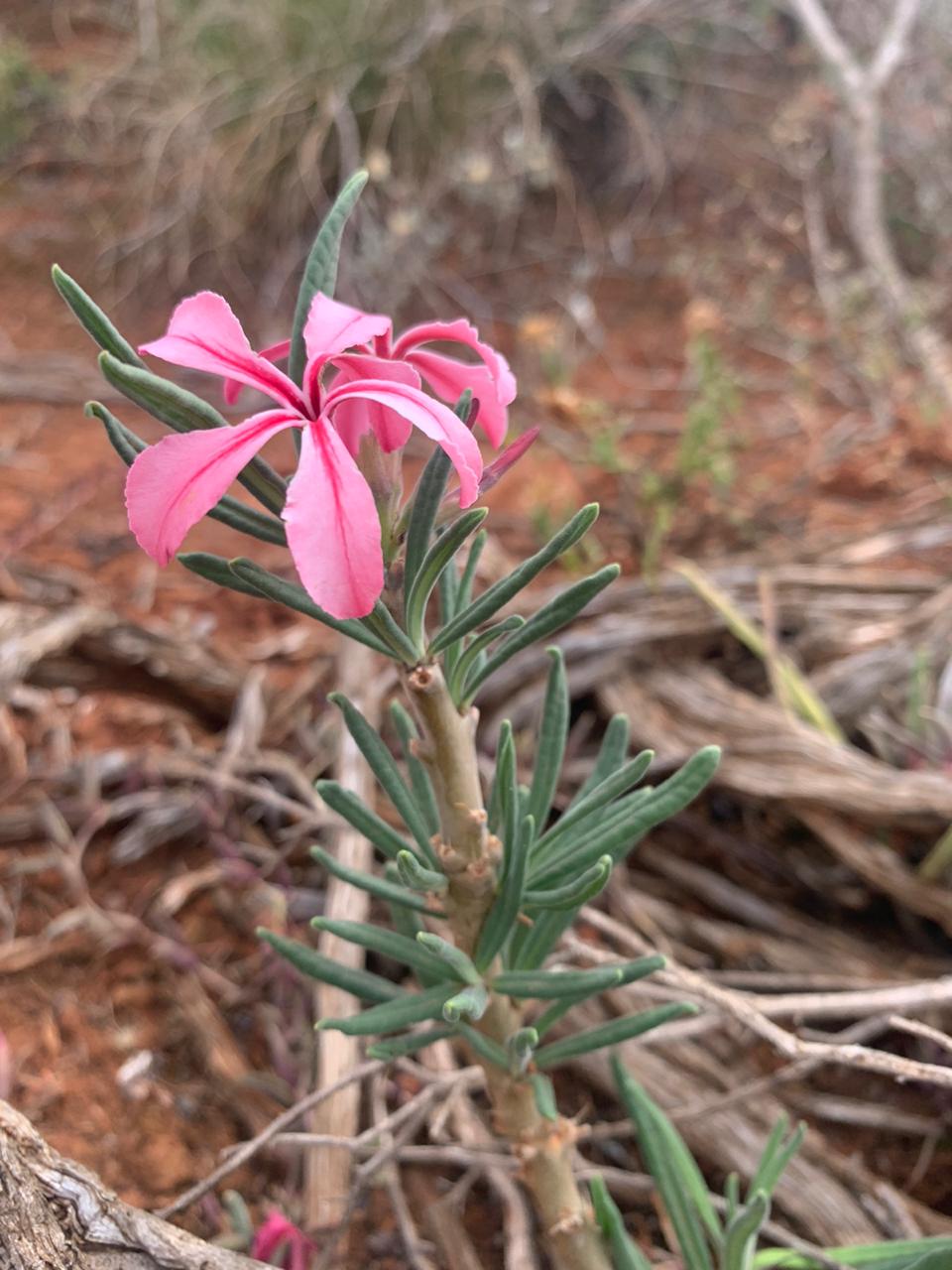 Thursday morning began with our next treat of the week; Roger Bills of S.A.A.I.B coming to do a fish survey with us in the dam here on Ulovane. The morning was already hot and hopes of a dam with sparkling clear water faded away when we drove up to a muddy watering hole; many hopes were broken that day! Although the water was murky and our feet sank beneath the mud, we carried it in our stride and attempted to catch fish in our net. Our first attempt was just sweeping the net from one side to another which was a successful attempt. We were hoping there was some catfish in the dam and tried various strategies to catch these more elusive fish, but luck was on the side of the catfish that day! After a few hours of fishing attempts knee-deep in water and mud, we decided to call it a day with the fishing attempts. Muddied and wet we made our way back to camp, but not in low spirits because we were going to observe some fish samples through a microscope and learn more about different samples. The call of the shower was also very enticing with its promises of mud removal and a fresher smell! 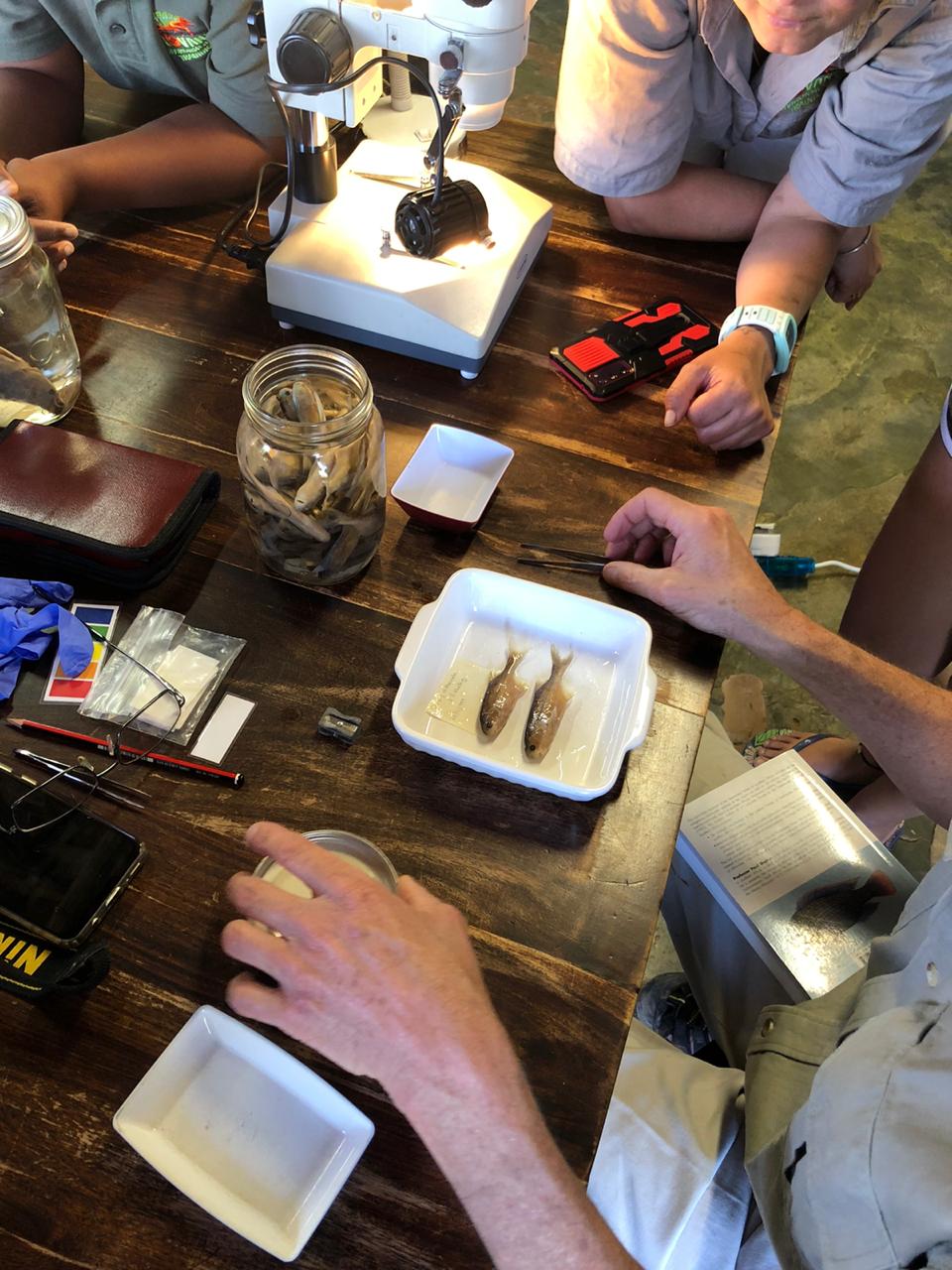 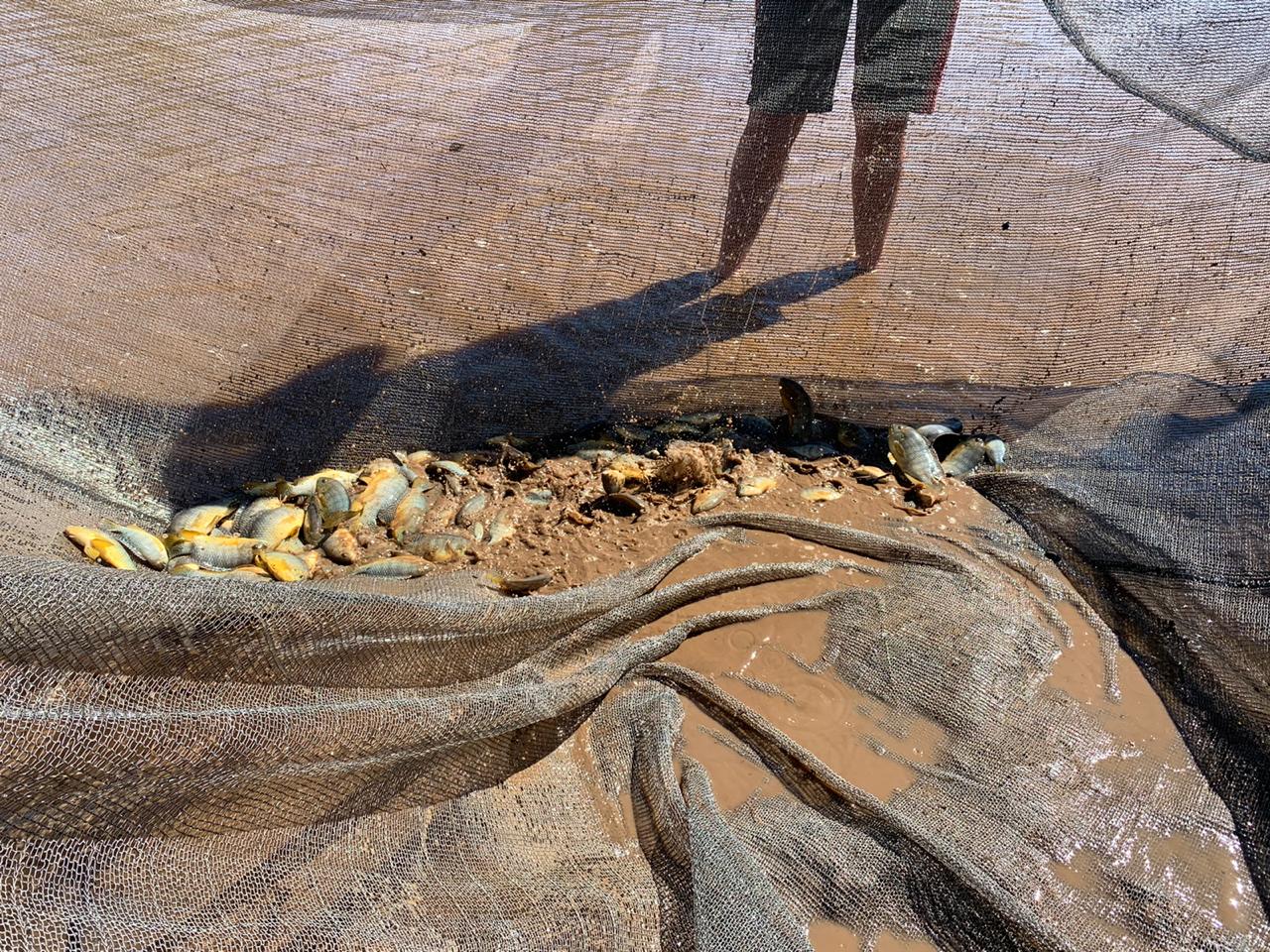 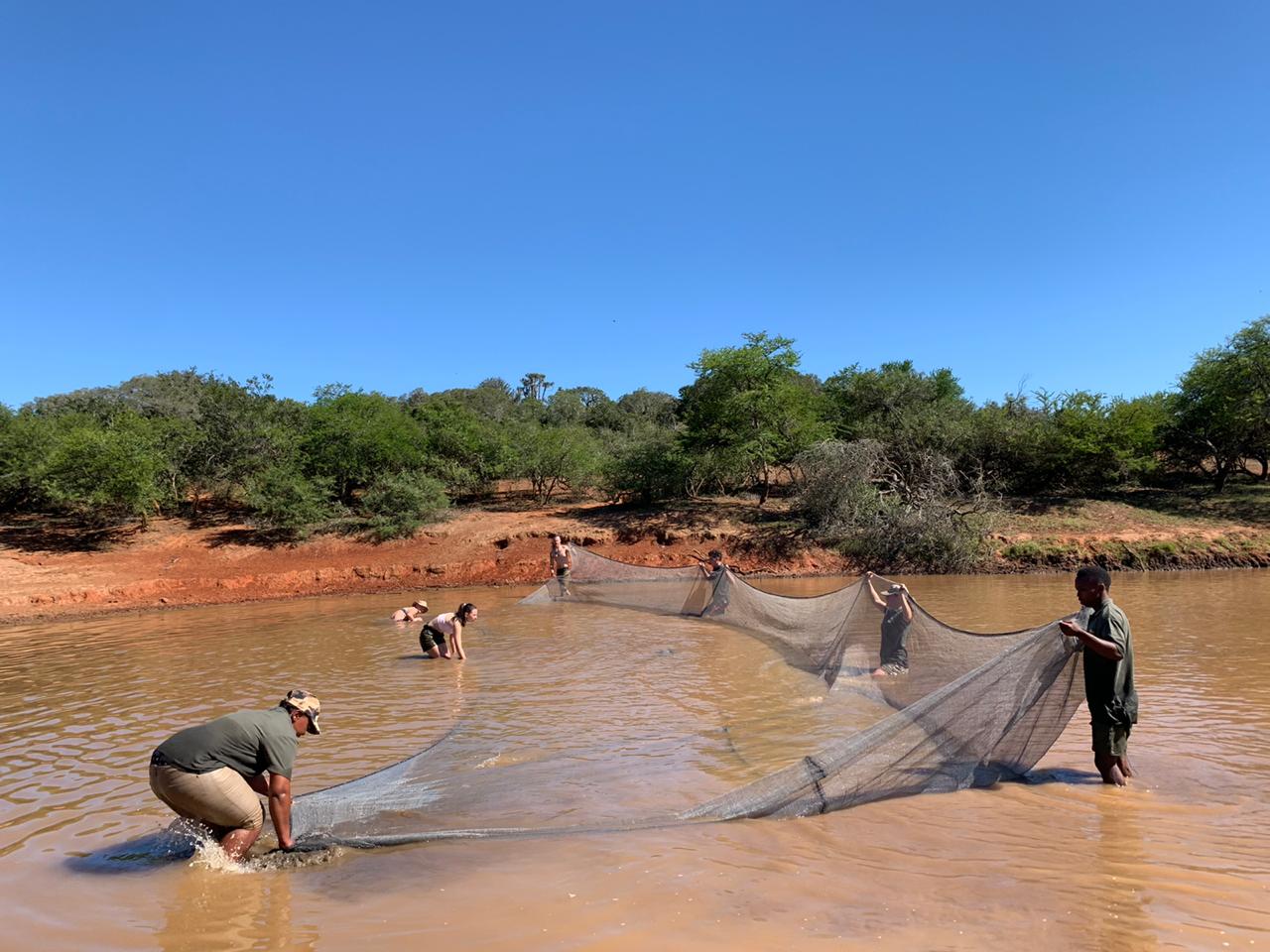 Our week ended with an unforgiving Friday, being on the 13th and the temperature surpassing 40°C but we made it work and the tests of the day went well!

“Tell me and I forget, teach me and I may remember, involve me and I learn.”― Benjamin Franklin

Kian and Tyler are from the Eastern Cape, both having completed their Apprentice Field and Apprentice Trails guide courses with Ulovane. Kian’s family has a beach house on Bushman’s River, so Kian has spent some time down at the area the marine guides are studying in. However, the knowledge and passion Shani their marine course instructor has shared with them this far, has opened their eyes to the world of the ocean in ways the group had not previously understood! 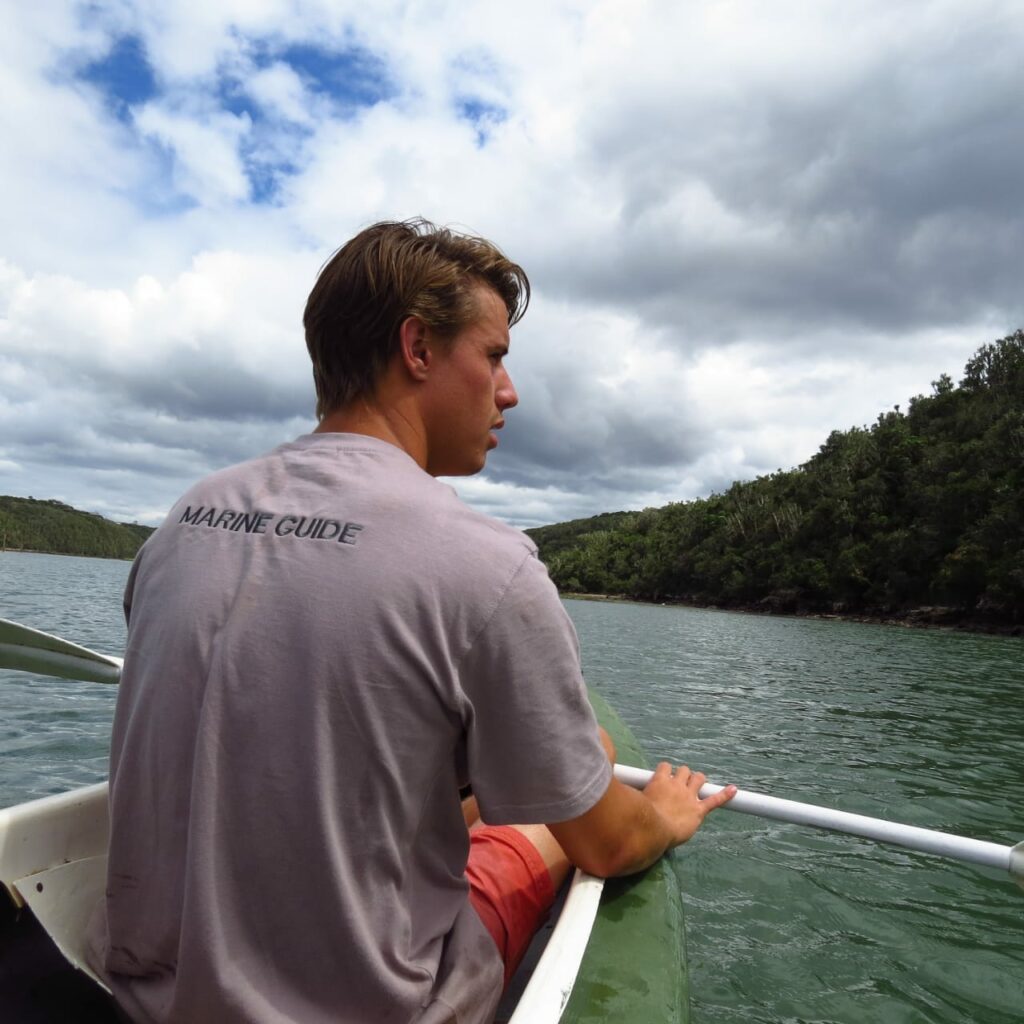 Another week has gone past since our four-week marine guide training qualification. Week two has come to a quick end for us! We are essentially halfway through our course, only having two weeks left, so the marine students are hard at work every day. The marine guide course is extremely weather dependent, due to the number of practical activities we have to do, and this week had a string of very windy and unstable coastal weather days, forcing us to spend more time than usual inside. We always make good use of the time we have however and use those inside days to get ahead on our workbooks and theory, as there is a lot of work to cover in the four-week period. 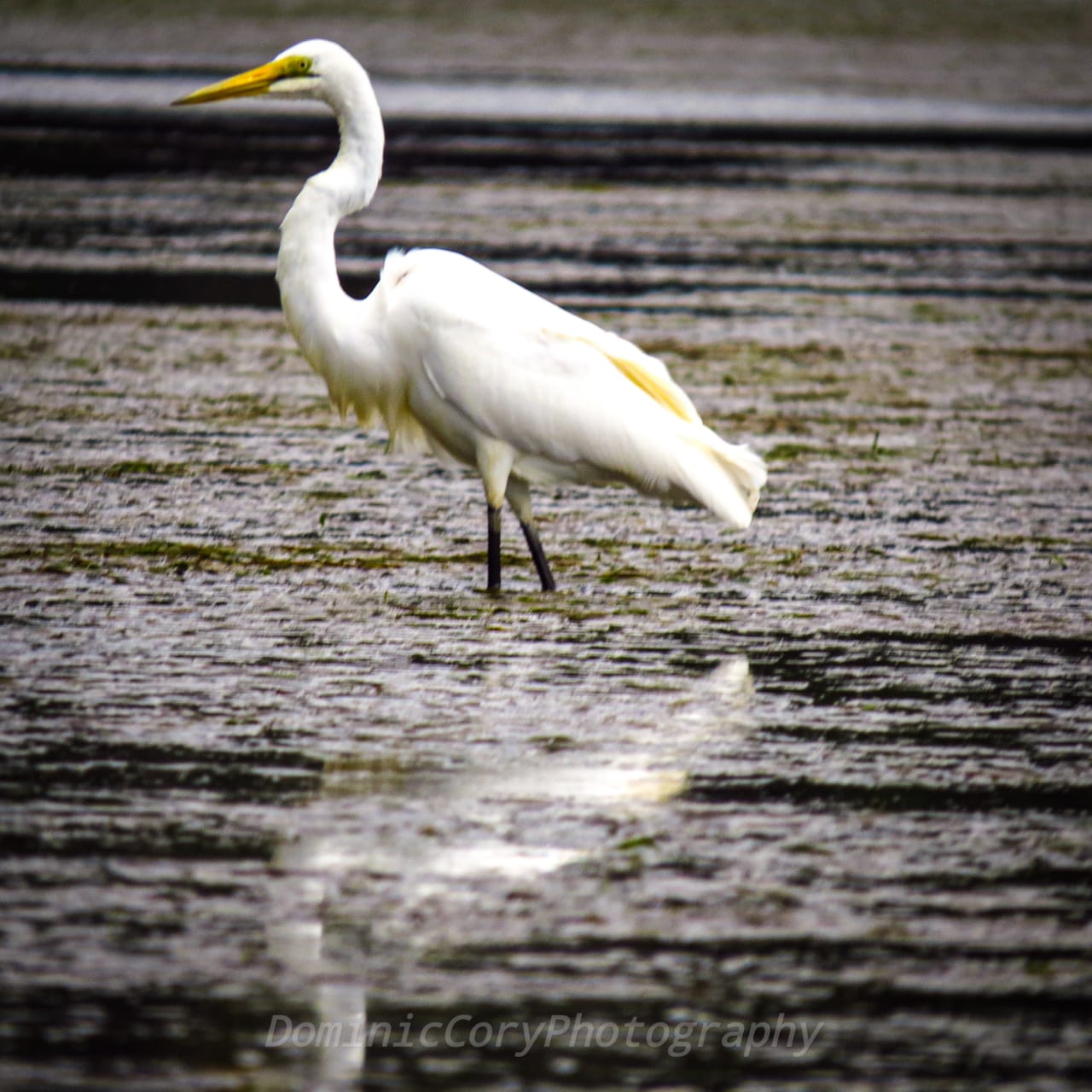 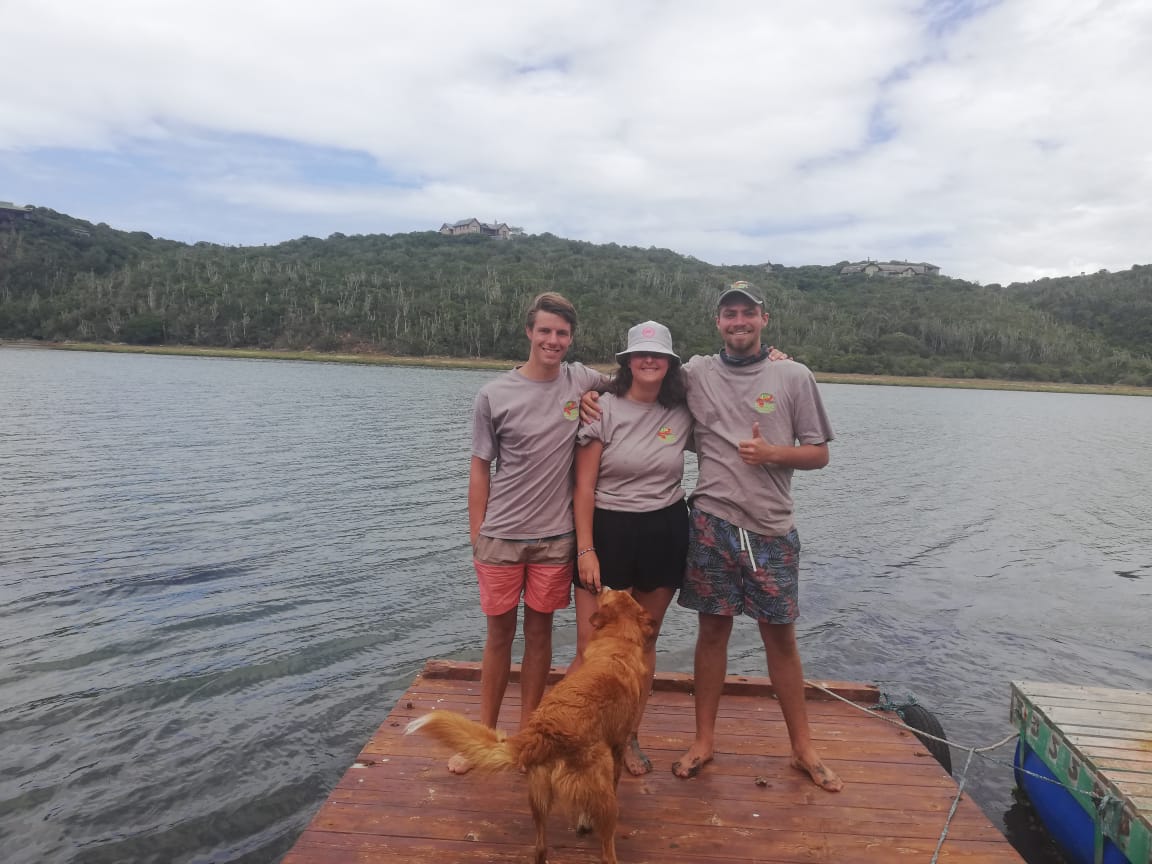 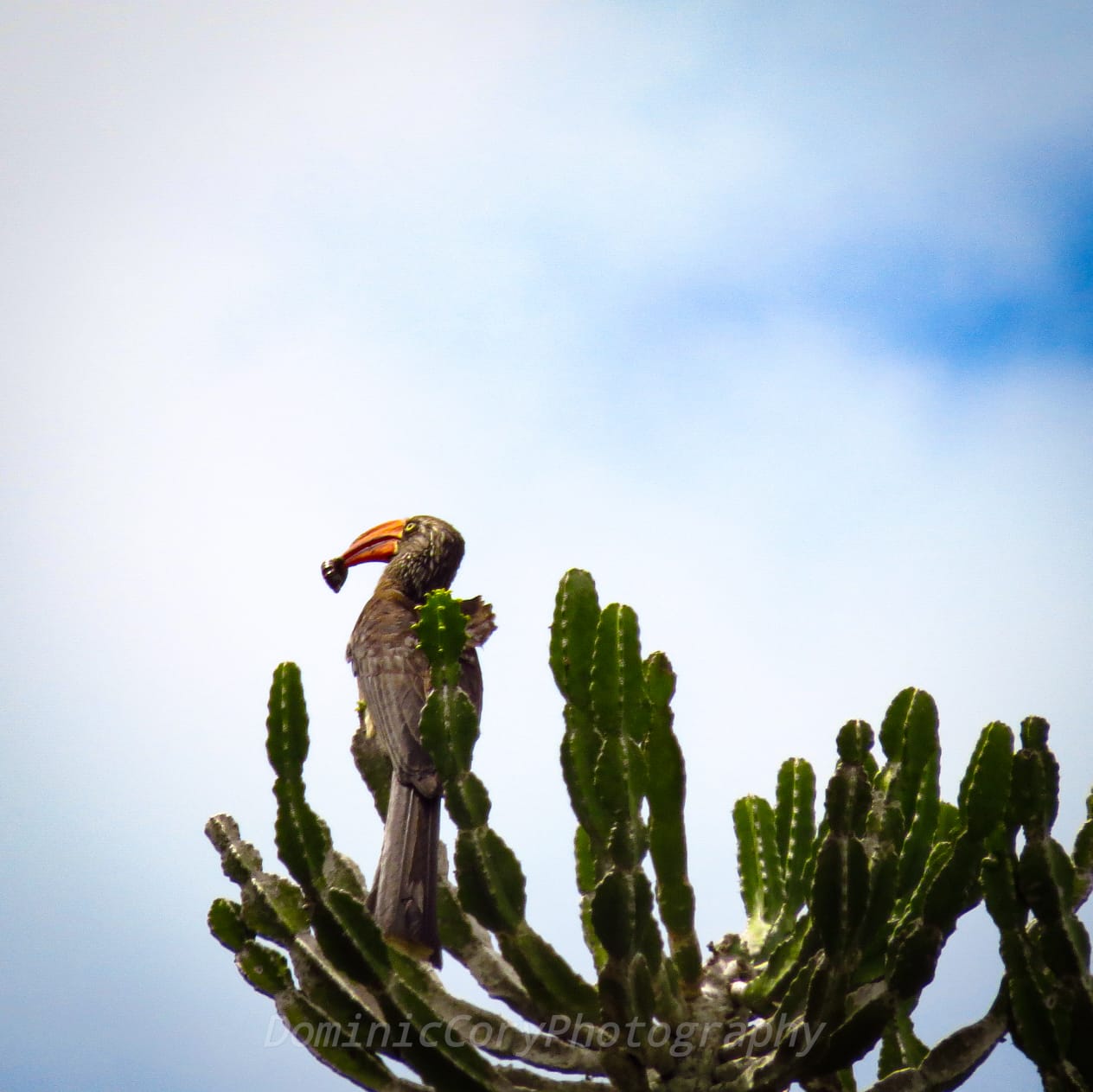 We had a choice of activities this week, so our group split and some of us had an exciting time of deep-sea fishing just off the coast of Port Alfred, whilst the rest of the group went on a canoe trip up the picturesque and beautiful Bushman’s river, where amazing sightings of Goliath herons were had, as well as many kingfishers too. 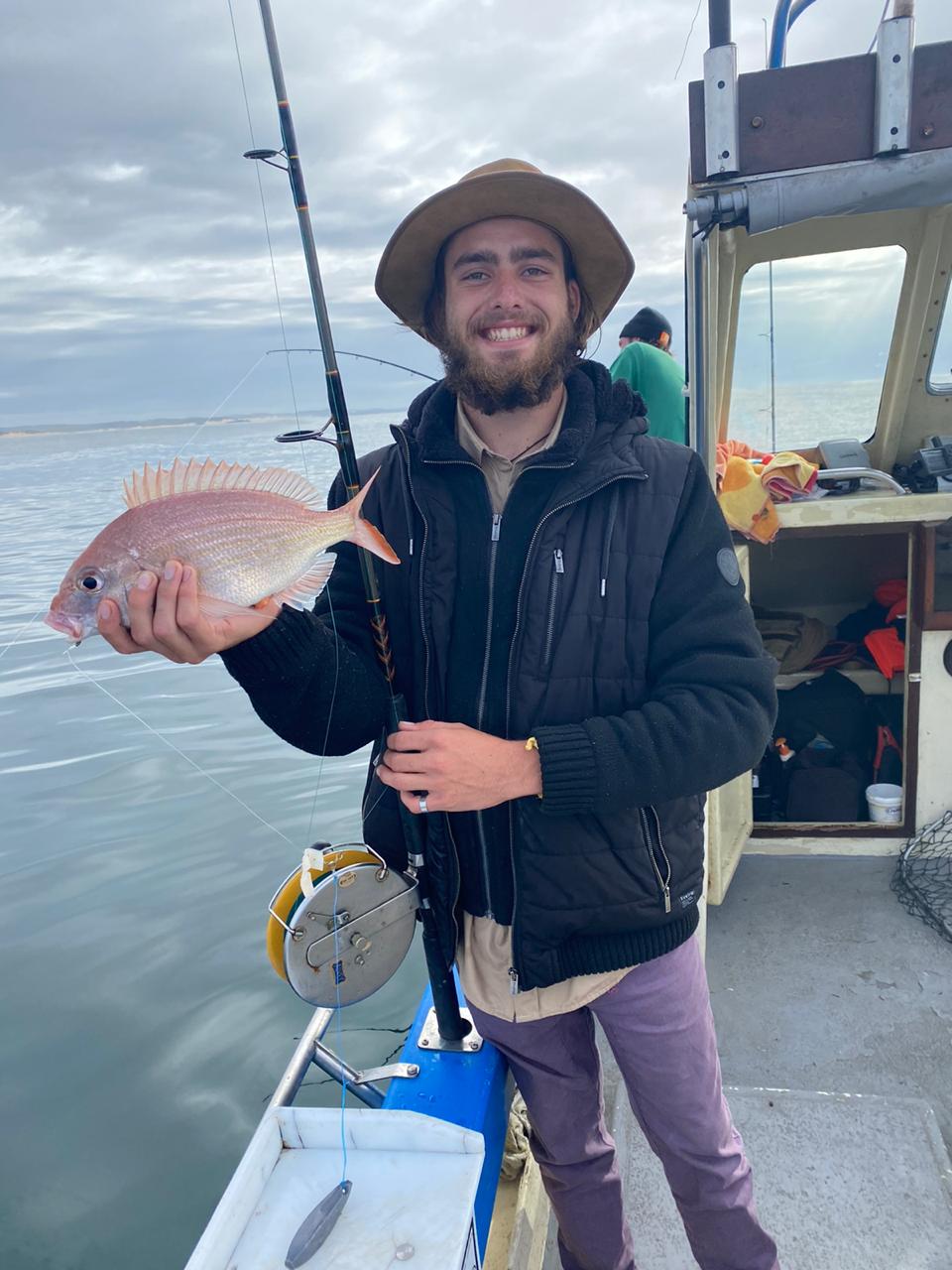 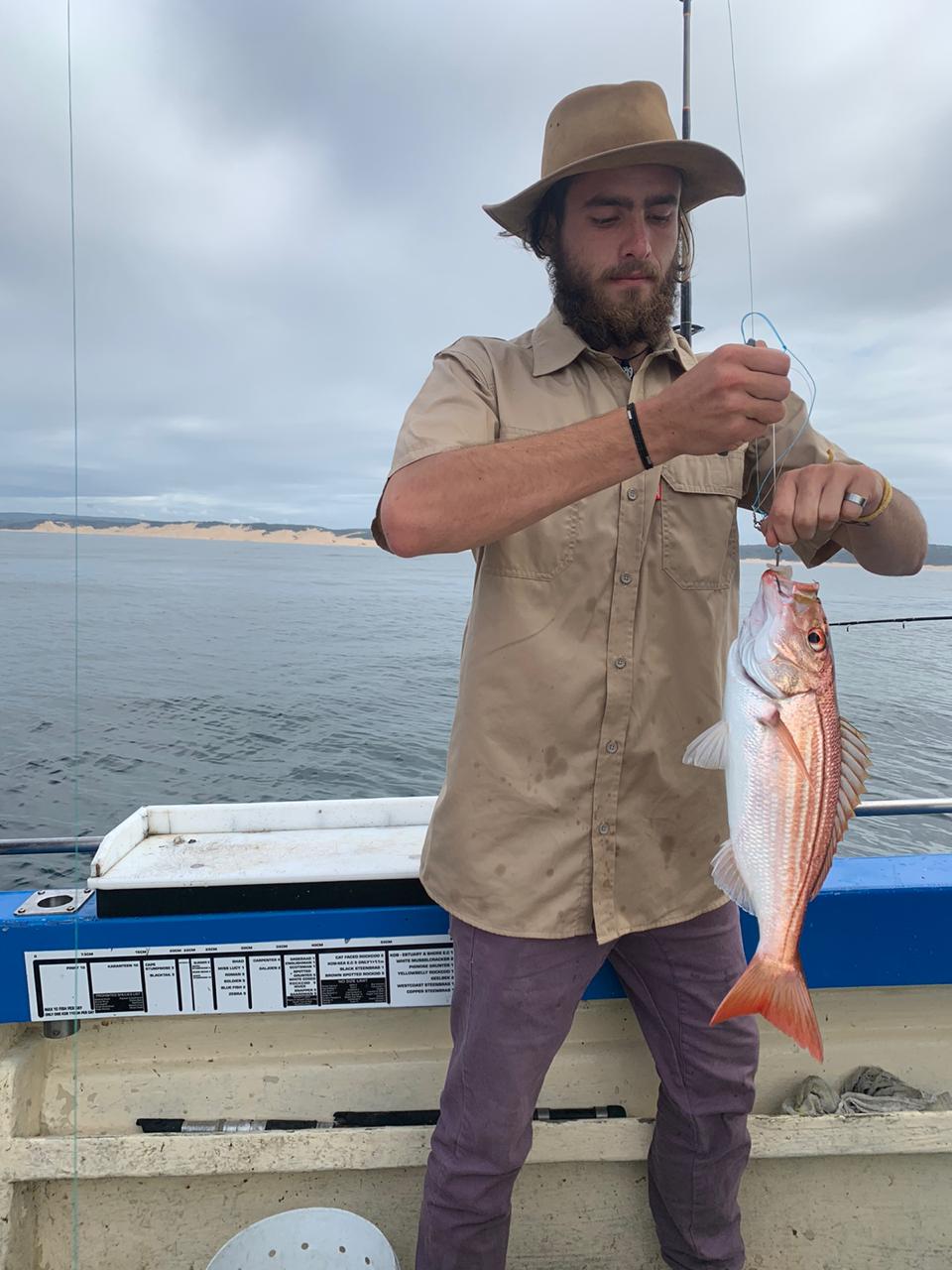 The three of us who went deep sea fishing had mother nature providing for us, with an incredible amount of fresh fish caught for us to eat. We were lucky to go with an experienced and long-time mariner, who is conscious of sustainability and ensured our catch was within the limits specified by law. We were even treated to a sighting of a pod of Common dolphins and a few Bryde’s whales who were breaching the surface, whilst we were fishing!

All in all, it was an amazing experience and week for each group, with everyone having smiles for miles!

“Some things cannot be taught; they must be experienced. You never learn the most valuable lessons in life until you go through your own journey.”― Roy T. Bennett

This year has been full of ups and downs, no matter your location in the world.

But mother nature teaches us that life continues,
ａｌｗａｙｓ．

Over the last few months, our students have been treated to some 𝐒𝐏𝐄𝐂𝐓𝐀𝐂𝐔𝐋𝐀𝐑 cheetah sightings here on Amakhala Game Reserve.

Wherever you are sitting today in the world, we want to bring you 𝙝𝙚𝙧𝙚 to the bush for a few minutes, to enjoy the moments our students shared with these fascinating African cats.

Cheetahs are seldom paid the attention they 𝘥𝘦𝘴𝘦𝘳𝘷𝘦; their lives in the bush are challenging, being the smallest in build, of the big cats. What they lack in build however, they make up for in speed. Sometimes though, this too is 𝙣𝙤𝙩 𝙚𝙣𝙤𝙪𝙜𝙝, and lions and hyena’s regularly kill them, seeing them as competition to their food source.

A mother cheetah has more than the odds stacked against her to successfully raise a litter to adulthood!
We are 𝐬𝐨 𝐟𝐨𝐫𝐭𝐮𝐧𝐚𝐭𝐞 to have cheetah sightings like this here on Amakhala; it is not an animal seen across Africa in many national parks, very regularly, and with 𝙨𝙪𝙘𝙝 𝙧𝙚𝙡𝙖𝙭𝙚𝙙 individuals.

As you will have seen recently, we have shared some very exciting tidbits of 𝐛𝐞𝐡𝐢𝐧𝐝 𝐭𝐡𝐞 𝐬𝐜𝐞𝐧𝐞𝐬 filming going on here at Ulovane!

He has gone on to be the first Trials guide to successfully complete the 𝙢𝙚𝙣𝙩𝙤𝙧𝙨𝙝𝙞𝙥 𝙥𝙧𝙤𝙜𝙧𝙖𝙢𝙢𝙚 on Amakhala.

In the video below, Craig has shared with you all a bit about himself, where he is today, what he has learned in his journey so far and some 𝐧𝐮𝐠𝐠𝐞𝐭𝐬 𝐨𝐟 𝐠𝐨𝐥𝐝 to future candidates looking at a career in guiding!

𝐀 𝐡𝐮𝐠𝐞 benefit to the 𝐥𝐨𝐜𝐚𝐭𝐢𝐨𝐧 of Ulovane here in the Eastern Cape, is the wide diversity of biomes we operate and live within, which comes with such a
𝙢𝙖𝙜𝙣𝙞𝙛𝙞𝙘𝙚𝙣𝙩 𝙫𝙖𝙧𝙞𝙚𝙩𝙮 of flora and fauna!

Something you can look forward to during your time here with us, are field trips like these, for varied reasons! Not only did we explore Amakhala however, but we also ventured into some incredibly beautiful 𝐟𝐨𝐫𝐞𝐬𝐭 𝐛𝐢𝐨𝐦𝐞 of the Woody Cape section of Addo Elephant National Park , as well as onto Kenton on Sea to find some marine bird life too!

The day ended off very cold and windy, but our Apprentice Field guides did an amazing job with the guidance of Pieter who apart from Apprentice Trails, is one of our Bird guide trainers too! We ended the day off on 102 𝙗𝙞𝙧𝙙 𝙨𝙥𝙚𝙘𝙞𝙚𝙨! Some highlights of the day included the African paradise flycatcher, the Long-crested eagle, the Knysna turaco, Red-fronted tinkerbird, Long-tailed and Red-collared widowbird, and the Amethyst Sunbird!

📸: Thank you to everybody for the wonderful collection of images!